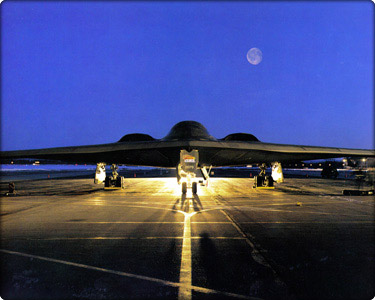 The latest Pentagon budget request contains a near record high level of money for classified, or “black” programs, reports the Center for Strategic and Budgetary Assessments.  Fiscal year 2009 includes a whopping $34 billion to fund classified weapons purchases and development, though it is not the highest level ever.

The updated report does not speculate on what specific programs are being funded–though past reports have noted that classified space programs account for a good portion of the total. Longtime aerospace reporter Bill Sweetman has speculated that some chunk of this large amount of change is going toward a classified bomber prototype. And of course there’s also been longtime speculation–but little concrete proof–of an “Aurora” hypersonic aircraft (though if Aurora exists/existed, then someone needs to explain why the Pentagon’s Defense Advanced Research Projects Agency is proposing Blackswift, a new hypersonic aicraft?).

Classified programs, though they have have produced some notable successes, like the B-2, have their downsides, as Kosiak points out.  “Restrictions placed on access to classified funding have meant that DoD and Congress typically exercise less oversight over classified programs than unclassified ones,” Kosiak writes. “This lower level of scrutiny, coupled with the compartmentalization of information generally associated with classified efforts has contributed to performance problems and cost growth in a number of programs, such as the Navy’s ill-fated A-12 attack aircraft program.”