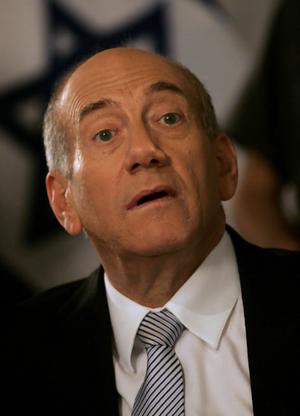 ISRAEL’S Prime Minister, Ehud Olmert, has warned the radical Islamic movement Hamas that the truce due to take effect today is the last chance to avoid a massive military incursion into the Gaza Strip.

Since Israel withdrew from Gaza three years ago, the 250,000 residents who surround Gaza have been subjected to almost daily rocket attacks from Palestinian militants.

“I think the strategy of Hamas, which does not want to recognise Israel’s right to exist in the first place, and the extremism, and the fanaticism, and the religious dogmatism is the enemy of peace. We are at the end of our tolerance with regard to terror in Gaza.”

Dismissing an escalating corruption investigation which looks certain to force either his resignation or fresh elections by November, Mr Olmert said he was “going nowhere” and did not rule out running again for the leadership of his Kadima party.

So certain is Mr Olmert of his political survival that he has already sent an invitation for Kevin Rudd to visit Israel later this year.

“I don’t know yet personally enough the new Prime Minister, Kevin Rudd, but I am very impressed with his friendship and his commitment to the well-being of the state of Israel,” Mr Olmert said.

“The resolution was a source of great joy to the people of Israel and I personally called Mr Rudd to thank him.”

Mr Olmert has in the past been a frequent visitor to Australia. His cousin is married to the federal Parliamentary Secretary for Defence, Mike Kelly, and he has an aunt in Sydney.

“I love Australia; I love the people of Australia. Some of my most memorable visits any place have been to Australia … and I hope to be able to host Mr Rudd this year, or at the beginning of next year in Israel.”

Mr Olmert indicated that he remained optimistic that Israel could reach peace with Syria and the Palestinian West Bank, and said he wanted to open peace negotiations with Lebanon.

He said peace with Syria would be a vital strategic breakthrough that could reshape the Middle East and force Syria to end its alliance with Iran. “If there will be an Israeli embassy in Damascus, there will be a whole new ball game. This is my aim; this is my idea.”

After more than 30 years of negotiations between Syria and Israel, Mr Olmert said he did not think it would take long to work out the details of an agreement – including Israel’s return of almost the entire Golan Heights, which it captured during the 1967 Six-Day War.

Mr Olmert said an agreement with the Palestinian President, Mahmoud Abbas, could also be reached by year’s end on issues such as land boundaries, the Palestinian refugee problem, the ownership of East Jerusalem, and security arrangements.

“If we reach an understanding, then borders will be fixed. What falls in the Israeli side will remain Israeli, what falls on the Palestinian side will become Palestinian, even if it was built by Israel,” Mr Olmert said. Of the current round of talks, he said: “I think we have made an important significant step forward. This is my judgment. It’s a serious process.”

Mr Olmert said Iran remained the biggest threat to peace in the region, and refused to rule out military action to destroy its nuclear facilities.

“I don’t think given the nature of this [Iranian] government and this regime, Israel can be expected to live under even the threat that they may use it.”