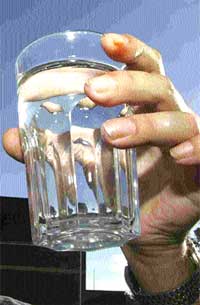 THE company that could be forced to add fluoride to Hampshire residents’ tap water has refused to tell the Daily Echo exactly where the medicated supplies would go.

Southern Water says it is referring all requests for information on the proposed fluoridation scheme to South Central Strategic Health Authority (SHA), because it doesn’t want to run the risk of giving out conflicting details.

But when the paper contacted the company for details of the areas the request was refused.

A Southern Water spokeswoman said they could not reveal which neighbourhoods are served by the two distribution centres – Otterbourne and Rownhams – that would be used to add fluoride to water supplies.

She said: “Southern Water is required to assist a strategic health authority with their feasibility study by providing information on the water supply and dis- tribution system.

“The SHA is carrying out this public consultation and inquiries will be referred to it.”

If the SHA decides to back the scheme, supplies to two-thirds of Southampton households – some 160,000 people – would be fluoridated.

That would mean seven of the 11 priority areas in the city, where dental health is at its worst, would get topped-up fluoride in their water. But another 36,261 people living outside the city, mainly in Eastleigh, Totton and Netley, would also receive the medicated tap water.

If the SHA does give fluoridation the green light, Southern Water would have no power to stop it.

An attempt by city health chiefs in 1993 to add fluoride to supplies was scuppered when the water company refused to implement it.

However, since then the law has been changed to avoid that situation arising again.