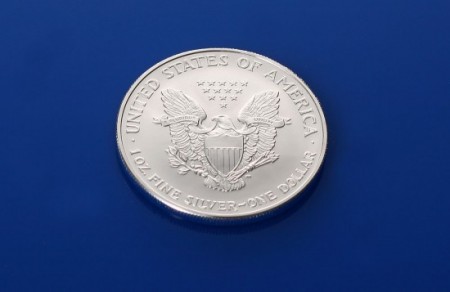 In his letter to Mint Director Moy, the Silver Institute’s DiRienzo said that the Wall Street Journal report “about the inability of customers to purchase these coins greatly concerns the Silver Institute, and we would like to open a dialogue with the U.S. Mint on this matter.”

“Reports that the U.S. Mint is limiting the amount of coins its authorized buyers are allowed to purchase concerns the Institute, primarily because at the end of the supply chain awaits a customer, who is being inconvenienced and possibly shut out of the purchase of these coins,” he wrote. “In additional, if the public is unable to buy these coins, there is a potential downside to American miners, and at the end of the day, American jobs.”

“We strongly believe there are immediate remedies at your disposal to increase the production and delivery of blanks to the Mint for production that would provide the coins in sufficient supply to the authorized dealers and ultimately to the customers,” DiRienzo said. “We further believe the Mint should be looking at methods to streamline the current process and offer safeguards through planning and a concerted shift in current strategy for the second half of 2008, and beyond.”

“I am requesting a meeting with you at your earliest convenience to pursue ways the Silver Institute or its members companies can help alleviate this situation, and most importantly, develop a strategy to ensure this does not happen in the future,” he concluded.