In case you want to know who is really behind Al-Qaida:

“Stanley Hilton was a senior advisor to Sen Bob Dole (R) and has personally known Rumsfeld and Wolfowitz for decades. This courageous man has risked his professional reputation, and possibly his life, to get this information out to people.” 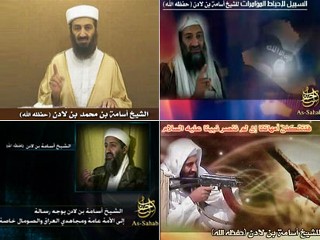 Authorities: New Tape to Urge Use of Weapons of Mass Destruction on Civilians

Intelligence and law enforcement sources tell ABC News they are expecting al Qaeda supporters will post a new video on the Internet in the next 24 hours, calling for what one source said is “jihadists to use biological, chemical and nuclear weapons to attack the West.”

“There have been several reports that al Qaeda will release a new message calling for the use of weapons of mass destruction (WMD) against civilians,” FBI spokesman Richard Kolko told ABC News in an e-mail.

“Although there have been similar messages in the past, the FBI and [Department of Homeland Security] have no intelligence of any specific plot or indication of a threat to the U.S.,” the e-mail said. “The FBI and U.S. intelligence community will review the message for any intelligence value.”

While there is no evidence of any direct threat, the FBI sent a bulletin to 18,000 law enforcement agencies across the country, out of an abundance of caution.

Some independent analysts don’t think the public should worry much.

Ben Venzke, the CEO of IntelCenter, a group that monitors terrorist communications on the Web, said the video, entitled “Nuclear Jihad, The Ultimate Terror,” is a jihadi supporter video compilation and not from an official group.

“Supporter videos are made by fans or supporters who may not have ever had any contact with a real terrorist,” Venzke said. “These videos almost always are comprised of old video footage that is edited together to make a new video.”

He said the material in these types of videos does not qualify as an official message from al Qaeda or any other group.

“Considering them so would be the equivalent of considering a 10-year-old’s homemade fan video of his favorite sports team to be an official team message,” Venzke said. “IntelCenter is not aware of any new imminent message by al-Qaeda or any other leading jihadist group in audio or video form that will call for the use of WMD against civilians.”

Word of the new tape comes on the heels of a spate of messages from Osama bin Laden and al Qaeda’s second-in-command, Ayman al-Zawahiri.

Earlier this month, al Qaeda released an audio message from bin Laden, excoriating the media and countries that are supportive of Israel. The release was timed to coincide with the nation’s 60th anniversary and President Bush’s trip to the region.

So far this year, four bin Laden tapes have surfaced.

The increasing volume of tapes seems to signal to the law enforcement and intelligence communities that top al Qaeda leadership is comfortable monitoring current events and communicating messages frequently.