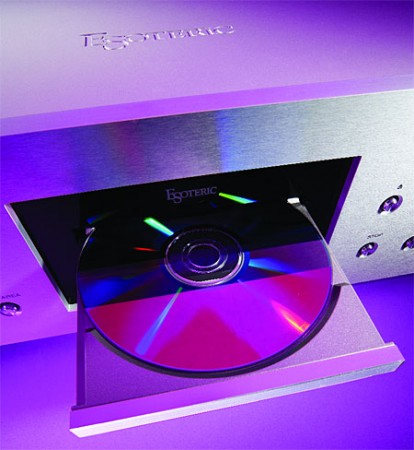 The criminals in the federal government are now trying to legalize the seizure of computers and other property under the guise of strengthening intellectual property laws.

HR 4279 or the Prioritizing Resources and Organization for Intellectual Property Act of 2008 which was recently passed by the U.S. House of Representatives, will give the government draconian powers to do just this. This legislation gives the government the power to seize property that facilitates the violation of intellectual property laws. The legislation also mandates the formation of a formal Intellectual Property Enforcement Division within the office of the Deputy Attorney General to enforce this madness. In addition, a new office called the Office of the United States Intellectual Property Enforcement Representative is created within the Executive Office of the President. If you boil it down to brass tax, this legislation allows the U.S. government to lawfully seize your computer if it has one unauthorized mp3 file on its hard drive. It also provides the authorization for the creation of offices within the executive branch to enforce a law that is impossible to enforce.

Below is taken from section 202 of HR 4279 that gives the federal government the authorization to seize property that may have been used to facilitate an intellectual property violation. The language in this section indicates that a violation would include downloading a single unauthorized mp3 file on to a computer.

`(b) Forfeiture and Destruction; Restitution-

`(1) CIVIL FORFEITURE PROCEEDINGS- (A) The following property is subject to forfeiture to the United States:

`(i) Any copies of a motion picture or other audiovisual work protected under title 17 that are made without the authorization of the copyright owner.

`(ii) Any property constituting or derived from any proceeds obtained directly or indirectly as a result of a violation of subsection (a).

`(iii) Any property used, or intended to be used, to commit or facilitate the commission of a violation of subsection (a) that is owned or predominantly controlled by the violator or by a person conspiring with or aiding and abetting the violator in committing the violation, except that property is subject to forfeiture under this clause only if the Government establishes that there was a substantial connection between the property and the violation of subsection (a).

This is the 1980s equivalent of the government being given the legal authority to seize cassette recorders if they were used in recording a song off of the radio. Under this legislation, downloading even a single mp3 file unauthorized by the copyright owner will give the federal government the power to take your computer. There is no way that the federal government can enforce this. In fact, it is insane that the U.S. House of Representatives is more concerned about keeping the record and movie industry happy by passing this legislation than they are with real issues. Incredibly, this bill was passed by a vote of 410-11. Two of the dissenting voters included Dennis Kucinich and Ron Paul.

John Conyers a fascist and anti-Constitutionalist member of the U.S. House of Representatives who originally introduced this bill made the following statements describing the purpose of the legislation. His statements were republished in a Billboard Magazine report.

(1) prioritize intellectual property protection to the highest level of our government;

(2) make changes to IP law to enhance the ability of IP owners to effectively enforce their rights;

Basically speaking, Conyers believes that downloading illegal mp3 and movie files endanger public health and safety. Conyers is either an insane individual that belongs in a mental institution for making such a ridiculous statement or he and everybody else who voted for this bill is in the back pockets of the RIAA, the MPAA and the rest of the music and movie industry. Common sense would dictate that such a law is unenforceable and should have not been seriously entertained. This is just another sign that this country is run by a bunch of fascists who are trying to find as many ways to undermine civil liberties under the guise of enforcing the law. What is really ridiculous about this, is the fact that the Constitution which is the supreme law of the land is violated by these fascist tyrants in Congress every single day of the week. If they were actually serious about enforcing the law, why are they not following the Constitution? Why do they reject it?

Maybe if the movie and music industry stopped putting out horrible content, their sales would be a little better. It seems as if they are trying to blame people who download unauthorized mp3 and movie files for their shortcomings in business. Perhaps they should do what smaller independent music and film production companies have done and embrace the technological revolution instead of stifling it by trying to push this anti-American legislation down our throats.

It is understandable to go after people who are illegally profiting off of selling material that isn’t their own but there really isn’t a need for government involvement. The record industry should sue those people if they believe that there are groups or individuals who are unfairly profiting off of their work. A court can decide if the claims they present are valid. However, to give powers to an already corrupt government to seize private property from people who are violating copyright laws by merely having downloaded mp3 files or movie files on their computer is unenforceable and beyond the scope of government. Section 301 of the bill establishes the Office of the United States Intellectual Property Enforcement Representative and section 501 of the bill establishes the Intellectual Property Enforcement Division within the Department of Justice under the office of the Deputy Attorney General. These particular offices will be established to serve as the enforcement arm for this legislation.

How many more powers is this corrupt legislature going to give to a renegade executive branch that is already engaging in perpetual war, setting up a police state, authorizing torture, destroying national sovereignty and other horrors? The federal government is full of petty bureaucrats and tyrants that can’t do anything right to begin with, and the U.S. House of Representatives voted overwhelmingly to expand government again through this legislation. With 410 of these tyrants voting for this legislation, it is doubtful that we will be successful in defeating this bill in the U.S Senate or if it goes to the dictator in chief.