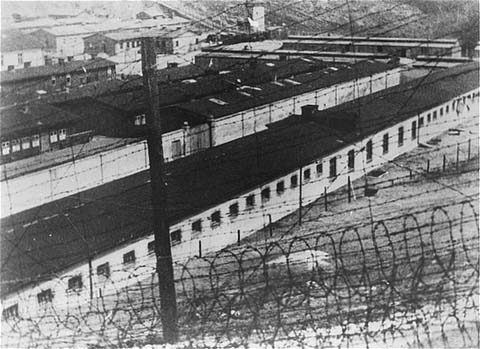 According to these reports, the federal government has leased out the entire National Cattle Congress fairgrounds until May 25th for an exercise. Early reports indicate that a large number of mobile home-size trailers and generators have been moved on to the residence and that both FEMA and the U.S. Immigration and Customs Enforcement (ICE) are involved in this exercise. Considering the reported involvement of FEMA and ICE, the trailers and generators being moved in, as well as the secrecy around this particular exercise, this has all the hallmarks of a FEMA camp drill. The purpose of ICE being involved appears to be to round up illegal aliens so they can test the efficiencies of their processing procedures.

Reports of the National Cattle Congress fairgrounds being leased out until May 25th by the federal government first appeared in the Waterloo Cedar Falls Courier’s report. According to their report, both large mobile home-size trailers and generators have appeared on the site. In addition, one of the board members of the National Cattle Congress stated that it was his understanding that FEMA was involved. An employee of ICE was also on site indicating that they must have some sort of involvement in what is happening.

The following blurb is taken from the Waterloo Cedar Falls Courier’s report.

Normal operations on the National Cattle Congress fairgrounds have been suspended for most of May as the federal government has leased out virtually the entire facility for a training exercise, NCC general manager Doug Miller said Saturday.

Miller said he could release few details. But activity on the NCC fairgrounds was apparent Saturday, as contractors installed massive generators adjacent to many buildings on the NCC fairgrounds and windows of many of the buildings were covered up, blocking views of any work going on inside. A number of large mobile home-size trailers also have taken up residence on the site in the past several weeks.

Miller said the federal government is leasing the fairgrounds through May 25 under an agreement approved by the NCC board. He and others close to NCC said no entity has leased out the entire fairgrounds for that long a period.

He said it is his understanding that access to the NCC fairgrounds will be restricted beginning Monday, except for next weekend’s Cedar Falls High School prom at Electric Park Ballroom.

Miller said he has primarily been dealing with the U.S. General Services Administration on the arrangements, and that his physical facilities staff have been cooperating with federal officials on logistics and setup for the exercise.

Miller said that, other than GSA, he could not identify which agencies are involved in the exercise. But an individual on site Saturday who identified himself as an employee of the U.S. Immigration and Customs Enforcement referred inquiries to ICE officials in Minneapolis, who could not immediately be reached Saturday.

Miller also was referring inquiries to federal officials in Cedar Rapids, and NCC board member Tunis Den Hartog said it was his understanding the Federal Emergency Management Agency was involved.

The secrecy around this drill and the lack of any formal press release or announcement by the federal government on what is happening is incredibly disturbing. In fact, an ICE spokesman declined to comment on the drill and a news blackout has been imposed at the National Cattle Congress fairgrounds where all of this activity is taking place.

The following comes from the Des Moines Register’s report.

Federal officials have imposed a news blackout at the National Cattle Congress fairgrounds in Waterloo, where they have leased almost the entire property through May 25.

Tim Counts, a Midwest spokesman for U.S. Immigration and Customs Enforcement, known as ICE, declined to say Monday whether an immigration raid is pending that would use the fairgrounds as a detention center.

“ICE never talks about our investigative activity or possible future enforcement actions,” Counts said. “Regarding the exercise in Waterloo, there is currently no publicly releasable information about that, so we aren’t releasing any.”

He declined to say whether the “exercise” involves training or an immigration enforcement operation.

“We expect that at some point there will be additional information available, but I can’t speculate at what point that might be,” Counts said.

Below is another blurb from the Des Moines Register’s report.

Representatives of Gov. Chet Culver and U.S. Sens. Tom Harkin and Charles Grassley said they had no information about what was happening at the Cattle Congress fairgrounds.

At Grassley’s request, his staff called ICE officials on Monday.

“During the call, the ICE officials would neither confirm nor deny anything to Senator Grassley’s staff,” said Beth Pellett Levine, a Grassley aide.

The apparent involvement of FEMA and ICE indicate that the purpose of this exercise is to test their FEMA camp deployment apparatus using the round up of illegal aliens as a test case. Although there is no way of confirming that this is 100% the case, if there are round-ups of illegal aliens in this general area during the next few weeks, it will be pretty obvious at that point.

Regardless of the goals or aims of this drill, there is no questioning the fact that the federal government does not want to stop illegal immigration. The federal government is encouraging this problem so they can dissolve the borders between the three countries and form a North American Union between Canada, Mexico and the United States. With all of the hysteria surrounding the phony war on terror, it is ridiculous that the border has not been sealed which shows that the open border policy with Mexico is supported by the Bush administration. Since the vast majority of Americans want something done about the illegal alien problem, they will think that this is a great thing, but what they fail to realize is that these camps are not really for illegal aliens, they are for the average American.

Plans for government run concentration camps are well documented from Rex 84, the Army’s Civilian Inmate Labor Program and the KBR built detention facilities. This looks like a continuation of this concentration camp agenda and considering that the government has refused to take real action to stop the illegal alien problem, why would they want to build a FEMA camp in the middle of Iowa to run a drill? The answer is simple, they are going to use the excuse of the illegal alien problem to setup the FEMA camp infrastructure which will be used to house the average Americans who protest what this corrupt and out of control government has been doing.

It is incredibly suspicious that the federal government would not openly announce this exercise and even go out of their way to ensure a media blackout of their activities. There is little doubt that this is part of their agenda to setup a large scale FEMA camp apparatus in order to house large quantities of American citizens. The Nazis used concentration camps to house and eventually exterminate the Jews and it is frightening to see that a similar infrastructure is now being setup in America.