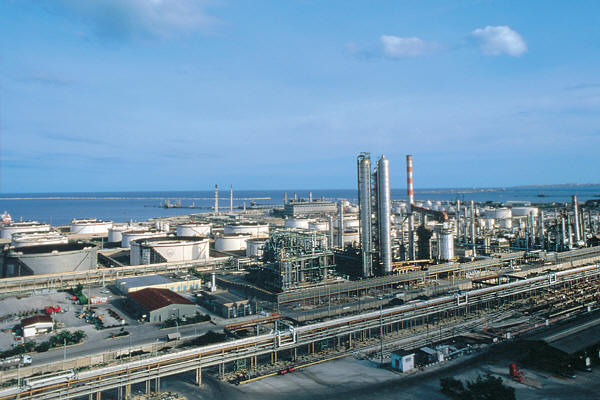 The US and its allies are worried that the sanctions regime against Tehran is under threat from a possible new wave of European investment in Iran’s strategically important gas sector.
Tehran has already concluded gas deals with Chinese and Malaysian companies – ending a protracted lull in investment in its energy sector – and has alarmed Washington by reaching an agreement with a Swiss group. The dilemma threatens to expose the limited US influence over foreign companies strategic decisions. Although Washington and its allies have convinced the United Nations Security Council to sign up to three sets of sanctions against Iran’s nuclear and missile sectors and banks, it has been unable to broaden such international measures into the key energy sector. Now, the US fears that a 25-year supply agreement concluded in March between Elektrizitäts-Gesellschaft Laufenburg (EGL) of Switzerland and Iran could encourage other deals, particularly in the gas sector, despite American calls for tougher sanctions against Tehran over its controversial nuclear program. The Swiss government says the deal could be worth up to €27bn ($42bn, £21bn). “The worry is that the Swiss deal will lead others, such as the Austrians, to confirm energy investments in Iran, and that companies like [France’s]
Total could then follow suit and sign contracts of their own,” said one western diplomat. He pointed out that the EGL agreement ended a period in which European energy companies had largely confined themselves to agreeing only non-binding memoranda of understanding with Iran. He added: “There is a lot of attention on sanctions on Iranian banks, but investment in the energy sector is much more important for Iran’s economy.” Iran has the world’s second-largest proven gas reserves, but exports far below its potential. Flynt Leverett, a former US National Security Council adviser on the Middle East, says pressure is growing on non-US companies to conclude supply contracts with Iran in the wake of the deals already signed between Tehran and Sinopec of China and SKS of Malaysia. So angry is Washington about the Swiss deal that it has suggested that Switzerland’s role as the US representative in Cuba and Iran could be at risk. Swiss officials reply that no international sanctions prohibit investment in the Iranian energy sector, and that the gas supply contract signed by EGL is intended to alleviate energy shortages in Italy. “For almost 30 years, Switzerland has rendered good services to the US as their protecting power in Iran,” said a Swiss foreign ministry spokesman. Following the deal, some European leaders have voiced concern about new investment in liquefied natural gas, the sector in which groups such as Total, Royal Dutch Shell and Austria’s OMV have struck preliminary agreements but have yet to sign formal contracts. Iran has warned such companies they need to conclude deals by June or it will look elsewhere for investment. European diplomats say it is unlikely that the EU will agree formal sanctions on the Iranian energy sector in the immediate future. Under US law, investments of above $20m (€13m, £10m) in Iran’s energy sector can lead to US retaliatory measures, but Mr. Leverett said Washington’s options were limited. “The EU would effectively take us to court [at the World Trade Organization] and the US would probably lose,” he said. Hojatollah Ghanimifard, head of international affairs at the National Iranian Oil Company, said Tehran was legitimately supplying an international need. “Would it be wise to deprive common people of consuming countries of supplies from Iran?” he asked.