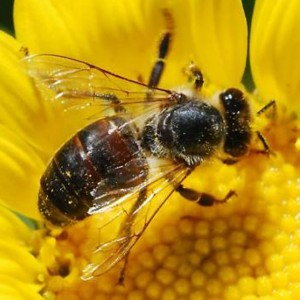 Our previous posts on the mysterious bee disappearances (here, here, and here) have been a very interesting exercise. We’ve had great feedback from farmers, amateur and professional beekeepers, scientists, and dozens of other interested/concerned observers. In the meantime, accumulating reports tell us that the problem is not constrained to the U.S. alone – but that, to one degree or another, empty hives are becoming common in Germany, Spain, Portugal, Italy, Greece, Switzerland, Poland, and now possibly the UK. Canada, so far, seems unsure if they have the problem, or not. We’ve now also had unconfirmed reports from Brazil.

Personally, I believe situations like this are an opportune moment for reflection – a time to humbly consider a few realities, and perhaps learn a few lessons. Of significance to me is the fact that scientists haven’t got this figured out as yet. It begs the question – which is easier, when dealing with the infinitely complex interactions of nature: 1) predicting specific consequences to our ‘tinkering’ before they occur, or 2) understanding how something happened after-the-fact? I would have thought the latter was the easiest – you know the old saying, “hindsight is a wonderful thing”. Looking back at the results, following the trail of clues, is a lot less challenging than postulating over what could happen. Or, to put it into a framework that might be better understood – if Sherlock Holmes, expert in crime scene deductions, were to turn his attention to predicting crimes rather than solving them, how would he have fared? Short of the kind of psychic predictive skills seen in Minority Report-type science fiction movies, I don’t expect he’d fare so well.

What am I on about, you ask? Simply this – too many people hand scientists the keys to the car, as it were, and bid them take it wherever their employer wishes. Our governments do this, and too many either encourage it, or stand by and let it happen. When the PR departments that front these scientists portray a glorious new world where man manages to, with perfect and meticulous coordination, juggle all the intricacies of the natural world in one hand, whilst cashing in on it and providing world peace and equality with the other – we believe it. Yet, how can we have so much confidence in their ability to read the future, when they are unable to decipher the past and present – a task that should be a damned sight simpler, no?

As Australians are benefiting from an export boom in bees to the U.S., and while the best recommendations from the groups that have been tasked with finding solutions to these problems are to advise which chemicals to use and which not to (PDF), I will list some of the possible causes for the present pollination crisis below (I call it a pollination crisis here, rather than a honeybee crisis, because there are other pollinators that would be lending us a hand – if we hadn’t driven them into exile):

Researchers are desperately seeking the ’cause’ of colony collapse disorder. The reductionist mindset would be tempted to pull a single root cause out from amongst those above, but, I would propose that the items listed above, in combination, constitute a great load on the camel’s back – with one or two of the above being the final straw that broke it.

And, again, when considering the plight of the bee – let’s remove our blinders, and look around a little more. How are other creatures (some of them also pollinators, like butterflies and birds) being affected by our pesticides, our mechanisation, and our specialist systems? We focus on the honeybee only because of its direct and immediate threat to our livelihoods, and indeed our food supply – but, there’s a whole other world out there that’s suffering under our (mis)management. We’re just not paying attention.

Speaking before the U.S. House of Representatives just two weeks ago, the head of the Illinois Department of Entomology had this to say:

It is an unfortunate consequence of benign indifference to the precarious nature of an overwhelming reliance on a single species that few alternative actively managed species are currently available for use. And despite evidence of their efficacy as crop pollinators, wild species are not being exploited to any significant extent. While efforts to monitor honey bees are inadequate, efforts to monitor the status of wild pollinators in North America are essentially non existent…. There is reliable evidence that some North American pollinator species have gone extinct, become locally extirpated, or have declined in number. At least two bumble bee species, one of which is a crop pollinator, could face imminent extinction, and several other pollinators have declined significantly. For some species, there is no evidence of population decline because their populations have never been monitored over time; there is seldom a historical baseline with which contemporary data can be compared.

The committee noted that, while systematic, thorough monitoring programs in Europe have revealed dramatic declines in native pollinator abundance and diversity, there are no comparable North American programs….

… Beyond agriculture, pollinators are crucial to maintaining the quality of American life. They serve as keystone species in most terrestrial ecosystems in that the services they provide allow most plants to reproduce and maintain genetic diversity. These plants in turn provide food and shelter for animals; fruits and seeds produced by insect pollination are a major part of the diet of approximately 25 percent of birds and of mammals ranging from red-backed voles to grizzly bears. In some areas, pollinator-supported plant communities prevent erosion by binding the soil—thereby conserving an important resource and keeping creeks clean for aquatic life.

Phalanxes of economists devote many hours to estimating and calculating our energy reserves but there has been no comparable effort to calculate our pollination reserves. Human technological innovation has not, in most cases, replaced or even improved upon animal pollinators and is unlikely to do so in the immediate future. “The birds and the bees” remain an essential fact of life; as long as plants depend on pollinators, so will people and it behooves us to shepherd them wisely. – Colony Collapse Disorder and Pollinator Decline, Statement of May R. Berenbaum, Professor and Head, Department of Entomology University of Illinois before the Subcommittee on Horticulture and Organic Agriculture Committee on Agriculture, U.S. House of Representatives, March 29, 2007

If enough spokes in a wheel get bent or broken, the wheel will eventually collapse (there’s that word again). From appearances, at the moment, the livelihoods of beekeepers, farmers and agricultural industries are the immediate concern (estimates of 15 billion dollars worth of agricultural produce is at risk in the U.S. alone), but even this will become inconsequential if the problem progresses into a biological meltdown. Insects, plants and animals, are all interdependent, and we rely on them (despite popular belief, and contrary to the PR broadcasts of the chemical companies). If pollinators are indicators of the health of our environment – our current canary-in-the-cage, so to speak – then isn’t it time we moved to safety?