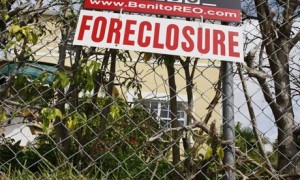 America’s mortgage crisis has spiralled into “the largest financial shock since the Great Depression” and there is now a one-in-four chance of a full-blown global recession over the next 12 months, the International Monetary Fund warned today.

The US is already sliding into what the IMF predicts will be a “mild recession” but there is mounting pessimism about the ability of the rest of the world to escape unscathed, the IMF said in its twice-yearly World Economic Outlook. Britain is particularly vulnerable, it warned, as it slashed its growth targets for both the US and the UK.

The report made it clear that there will be no early resolution to the global financial crisis.

“The financial shock that erupted in August 2007, as the US sub-prime mortgage market was derailed by the reversal of the housing boom, has spread quickly and unpredictably to inflict extensive damage on markets and institutions at the heart of the financial system,” it said.

After warning earlier this week that the world’s financial firms could end up shouldering $1 trillion (£500bn) worth of losses from the credit crunch, the IMF said it expects the US to achieve GDP growth of just 0.5% this year, and 0.6% in 2008, with the housing crash getting even worse.

Simon Johnson, the IMF’s director of research, said later the key risk to the forecasts was the danger of a vicious circle emerging, as house prices continue to fall, dealing a fresh blow to the banks, and exacerbating the problems in the markets. “Sentiment in financial markets has improved in recent weeks since the Federal Reserve’s strong actions with regard to investment banks. But we have seen how strains in markets can quickly become reinforcing, and the possibility of a negative spiral or ‘financial decelerator’ remains a possibility.”

President George Bush has already signed off a $150bn tax rebate package to kick-start the economy, and the Federal Reserve has backed an emergency buyout of investment bank Bear Stearns, but the IMF said this may still not be enough: “Room may need to be found for some additional support for housing and financial markets.”

In the UK, the chancellor has repeatedly insisted that the economy is “better-placed” to weather the storm, because of its flexible labour market and low unemployment, but the IMF calculated that the British housing market is overvalued by up to 30%, and could be destined for a damaging correction.

Alistair Darling is due to fly to Washington tomorrow to discuss the turmoil with fellow G7 finance ministers.

Mervyn King, governor of the Bank of England, will also be in Washington this weekend to discuss the ramifications of the credit crunch with central bankers from around the world.