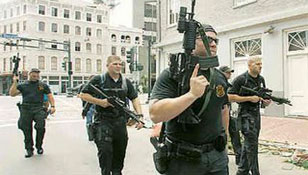 The company’s contract was set to expire on May 7. It was renewed because Federal Bureau of Investigation agents have not yet concluded their inquiry into the September shooting, Starr said.

The US government, and especially US Ambassador Ryan Crocker, “will take a very close look at the FBI reports and then we will decide whether it is consistent with the US government goals and policies to continue the contract of Blackwater,” said Starr.

Foreign security companies at present are not subject to Iraq law, but at the same time are not governed by US military tribunals, allowing them to operate without any repercussions for their actions.