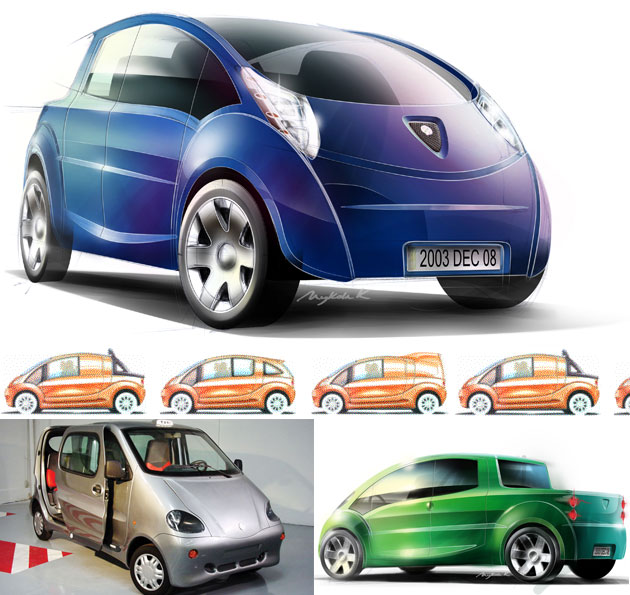 We’ll believe that when we drive it, but MDI’s new dual-energy engine-currently being installed in models at MDI facilities overseas-is still pretty damn cool in concept. After using compressed air fed from the same Airbus-built tanks in earlier models to run its pistons, the next-gen Air Car has a supplemental energy source to kick in north of 35 mph, ZPM says. A custom heating chamber heats the air in a process officials refused to elaborate upon, though they insisted it would increase volume and thus the car’s range and speed.

“I want to stress that these are estimates, and that we’ll know soon more precisely from our engineers,” ZPM spokesman Kevin Haydon told PM, “but a vehicle with one tank of air and, say, 8 gal. of either conventional petrol, ethanol or biofuel could hit between 800 and 1000 miles.”

Those figures would make the Air Car, along with Aptera’s Typ-1 and Tesla’s Roadster, a favorite among early entrants for the Automotive X Prize, for which MDI and ZPM have already signed up. But with the family-size, four-door CityCAT undergoing standard safety tests in Europe, then side-impact tests once it arrives in the States, could it be the first 100-mpg, nonelectric car you can actually buy?