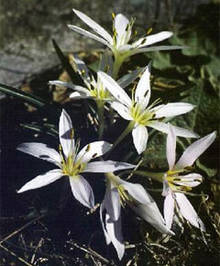 A tender for the proposed wild plant gene bank in Hungary was submitted by the Hungarian ministry of environment to the European Union in December 2007. The tender outlined a five-year program to establish a gene bank for wild plants living in the Carpathian Basin, known as the Pannon biogeographic region. The project will initiate when the tender passes.

The first step of the project will be to research other countries’ seed banks, said Katalin Rodics, an associate of the ministry. In Spain, for example, a project was launched nearly 50 years ago and conserved drought-tolerant plants in gene banks. One question that the process raises, however, is how to best conserve plants that prefer moist environments.

After research, Hungarian experts will collect plants, prioritizing the most endangered endemic species and then seeds that are already being stored. The cost of establishing the collection, to be called Pannon Magbank (Pannon Seed Bank), is estimated at Ft 400 million (roughly 1.5 million). Half of the cost will be covered by the EU and the other half by the ministry. The tender will be evaluated again in August 2008.

Conserving the biodiversity of the Pannon biogeographic region is extremely important, in part to prepare for unforeseeable effects of climate change. “It is important to connect ex-situ [off-site] conservation of cultivated and wild plants, as not only several of our wild plant species are endangered, but there is also a drastic decrease of diversity happening among our cultivated plants,” Rodics said.

While the project is not the “doomsday” Svalbard Global Seed Vault, the Hungarian seed bank is innovative in its own right. Not many other countries has launched their own programs to conserve wild plant species, despite the 1992 ruling at the Convention on Biological Diversity requesting participating countries do so. The international treaty was designed to sustain the diversity of life on Earth and mandated that countries should establish gene banks to conserve at least 60% of endangered wild plant species.